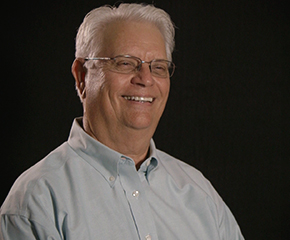 Travis served with the Fort Lauderdale Christmas Pageant from 1984 to 1997, the last eight years as Production Manager. In 1995, God gave Travis the vision to take a similar production to Russia and through Revelation Ministries has shared the gospel with music and drama locally in South Florida as well as in the Ukraine, Russia, England and Israel. To date, Revelation Ministries has produced and performed seven original productions to include He Lives!, Devil or Angel?, The Scarlet Thread, and Everlasting Joy– at churches, universities, correctional facilities, homeless shelters, performing arts centers and retirement homes.

Revelation Ministries was saddened to announce Travis passed away unexpectedly on October 2, 2017. Our performances are dedicated to Travis Johnson and the Lord Jesus Christ whom he faithfully served.